Arriving in Kathmandu, I had one goal: leave Kathmandu. It was a puzzle for me, how to get everything done and get to the Himalayas in less than 24 hours. 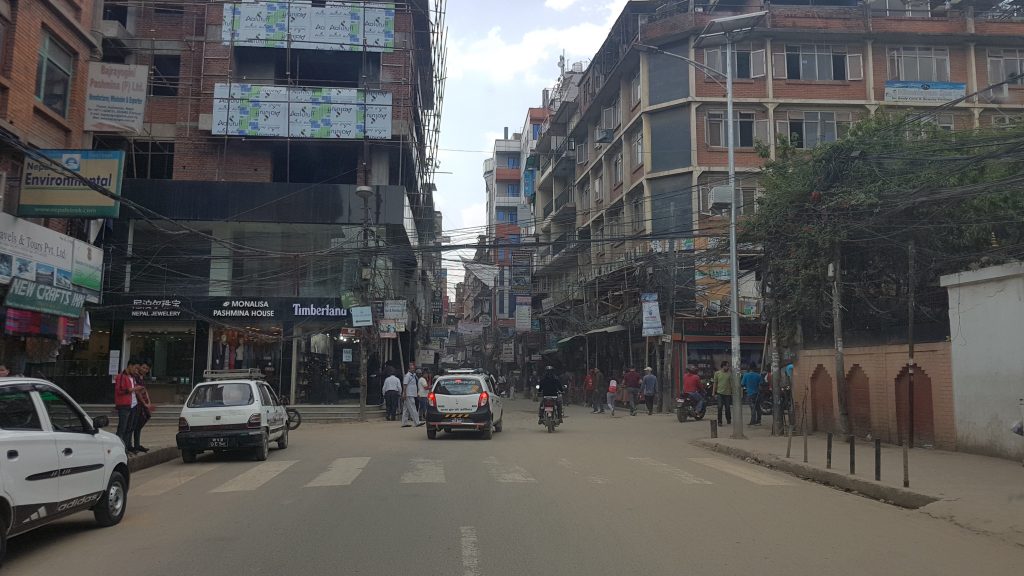 Entering the area of Thamel in Kathmandu

I met my cousin at the airport and found we had the same goal. For both of us, we’d been to many large cities in 3rd-world countries and we knew that with the travel, dirt, and smog, every minute we stayed would be risking some sort of ailment or allergy.

We had 4 passport photos which breezed us through customs and allowed us to pick up Ncell SIM cards at the airport. Ncell is a cell phone provider in Nepal with the best reception on parts of the trek. In fact, I found reception to be decent until well beyond Namche.

It’s the adrenaline that does it. After 24 hours in planes and airports and only a few power naps, the body shows you what it’s capable of. Our early morning arrival gave us the option of completing our mandatory tasks before starting our journey the next morning.

We stayed at The Address Hotel in Thamel. It was our last bit of luxury for a while. We dropped our bags and the hotel owner asked us our plans and proceeded to supply us with everything we need, mainly a ride to the permit office. 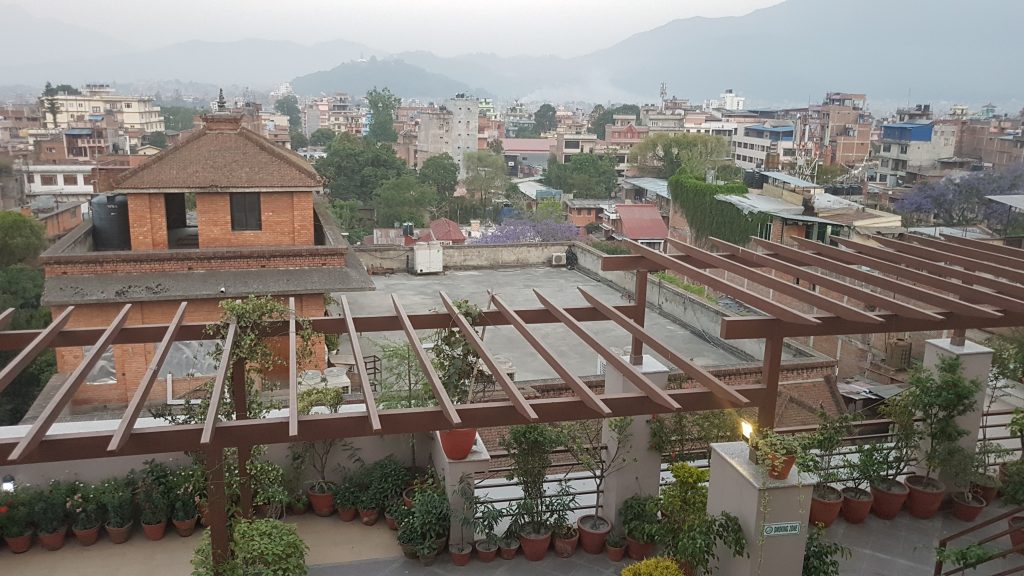 A view over Kathmandu and Thamel from the Address Hotel

Within the hour we were filling out forms at the TIMS office along with other trekkers and guides. It was a simple process and we were done in 30 minutes. 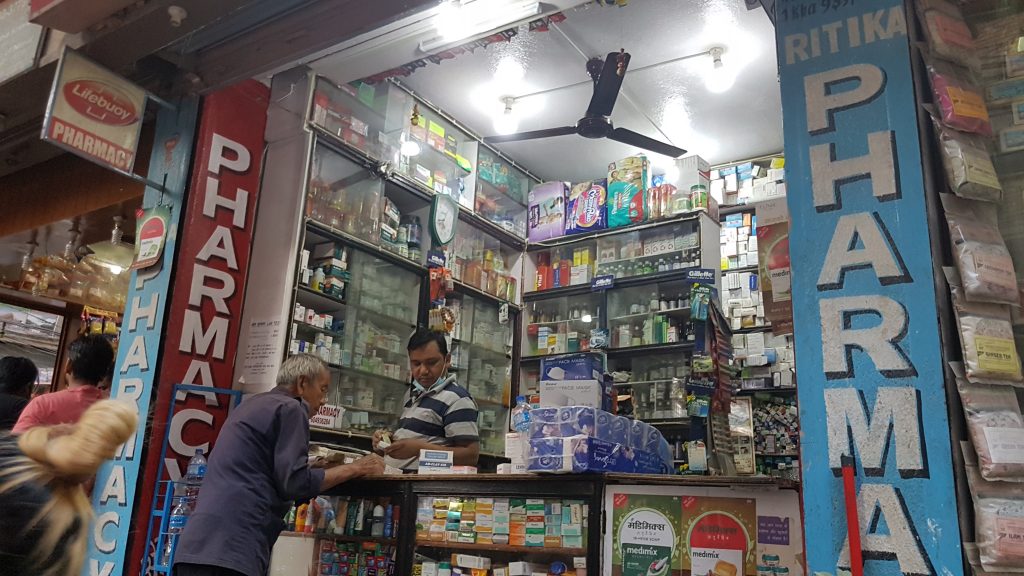 Pharmacies such as this one can be easily found in Thamel.

We found a street side Pharmacy in Kathmandu and picked up the essentials – Diamox, Ibuprofen, Immodium, and Prilosec. I decided to take Prolosec everyday whether I needed it or not, as I considered stomach ailments to be my most likely nemesis.

I also picked up a packet of Cipro in case I came down really hard with something. I’m not a doctor though so I didn’t plan on taking it.

A note on insurance

Blogs, travel agencies, and most trekkers swear you must have insurance for this trek. I didn’t buy it and never was I asked to provide it. For me, it’s just hiking. If I broke an ankle, I’d much rather pay a porter to carry me down. If I had altitude problems, again, I’d rather pay for local help and stay on the ground. If something really tragic happened, like a fall, I’d pay $5000 for the helicopter I guess. For me, the chances of anything happening that required a helicopter were so remote that the $180 didn’t seem worth it.

To each his own though, if you are new to wilderness and trekking in general, don’t blame me if you get in over your head and wish you had a free helicopter ride.

One night in Thamel 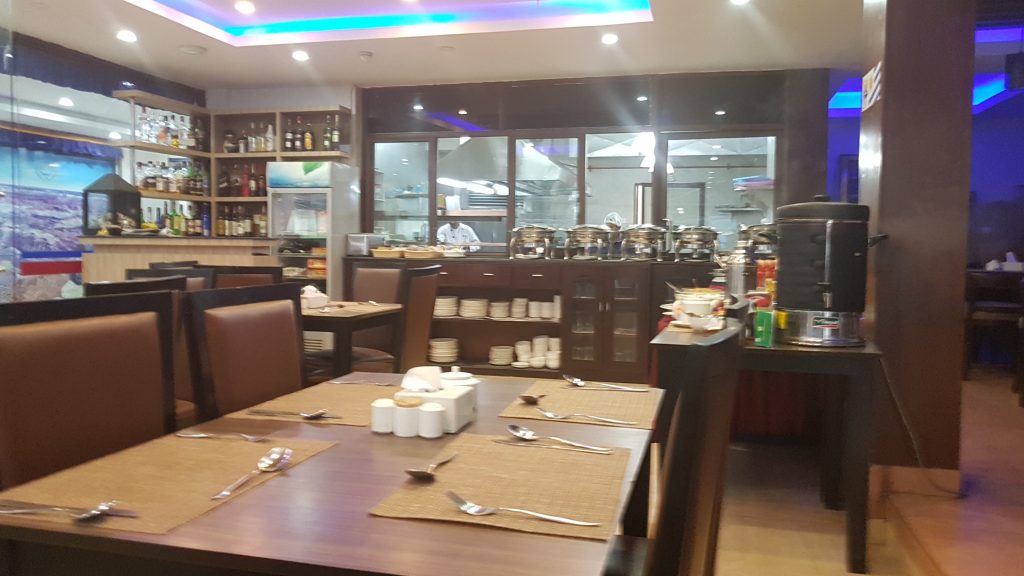 With the travel and exertion in Kathmandu, I was lights out around 6pm and up around 4am ready to go. I drank coffee in the restaurant of the hotel and relaxed and readied myself. My cousin was a bit later to rise and by the time we were ready, we didn’t have time to catch a bus to Jiri, but the hotel’s owner was ready with a car for us. We split the $140 cost and were on our way.

After 8 hours in a car rolling through the foothills of the Himalayas, we arrived in Jiri. It was a growing town with new buildings and construction everywhere and we settled into a lodge named Dolakha Sherpa Lodge. It was so new that monks were staying at the hotel to bless it. It even had a western toilet in the room!

I had my first order of Dal Bhat, I was eager to try it as I’d heard so much about it. It was so good I over ate. Of course, I was exhausted from the car ride. Traveling just takes it out of me more than trekking and I was ready to get to it. 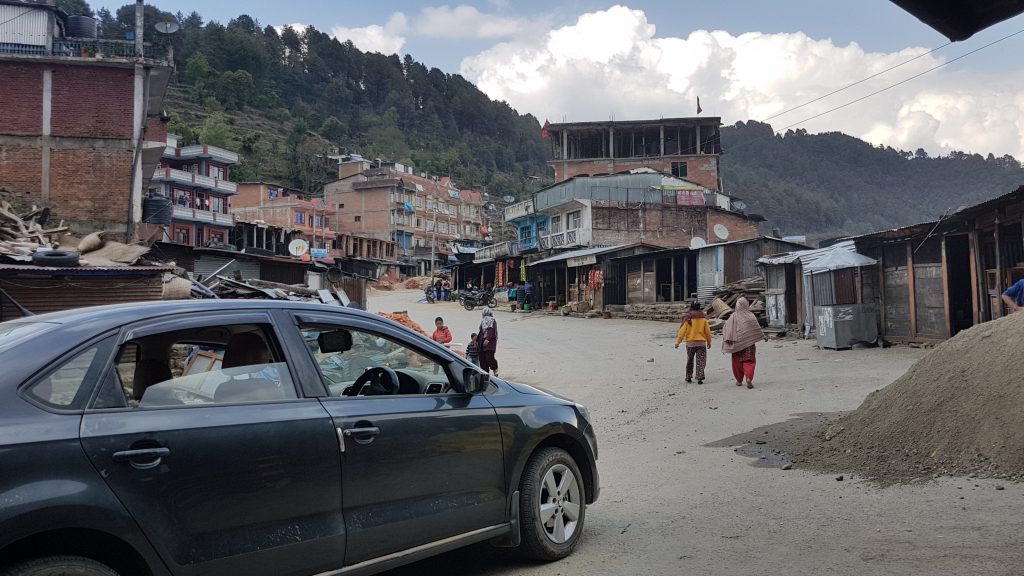 Stopping for lunch on the road to Jiri 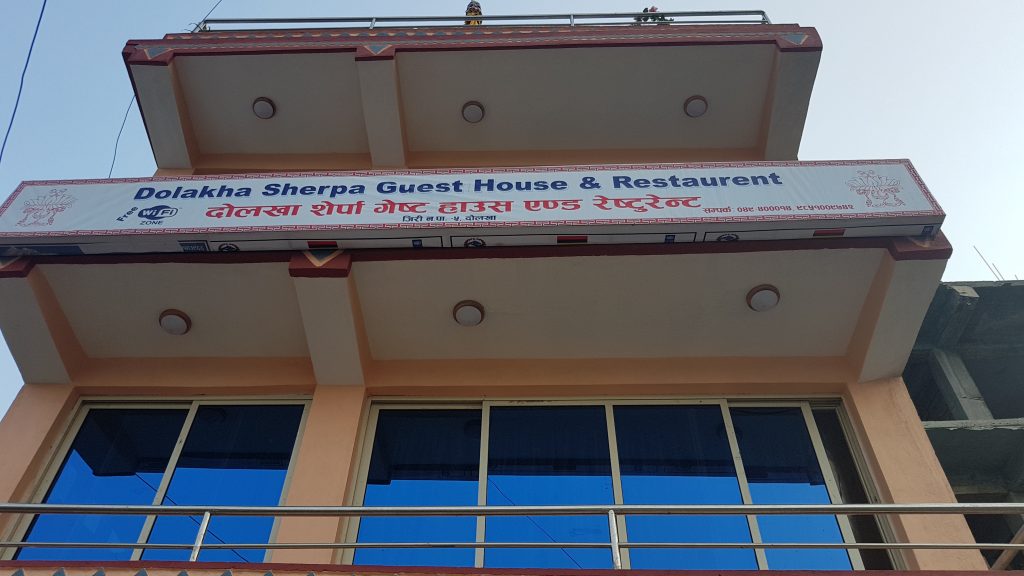 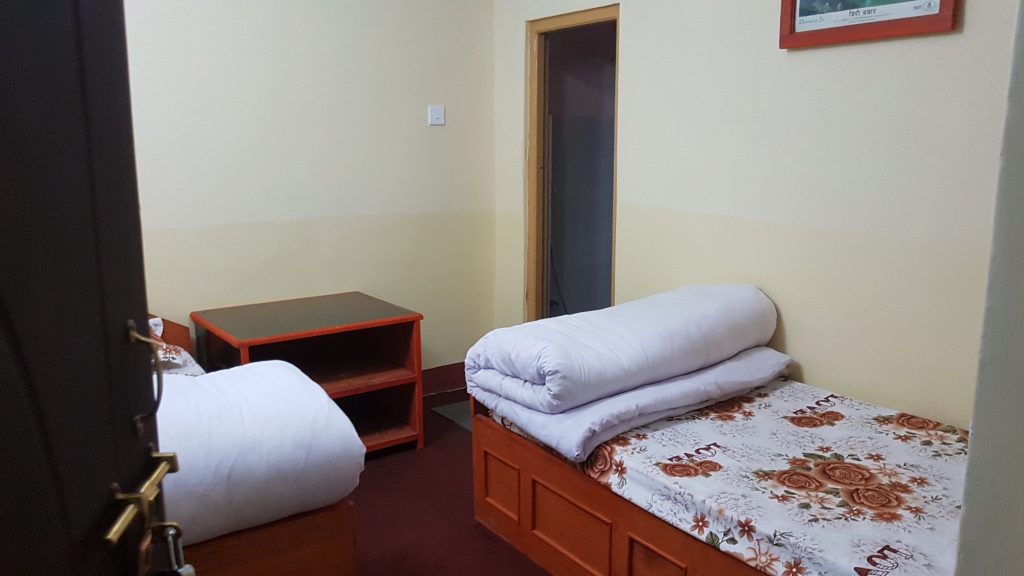 Our room in Jiri for the Day 0 night. 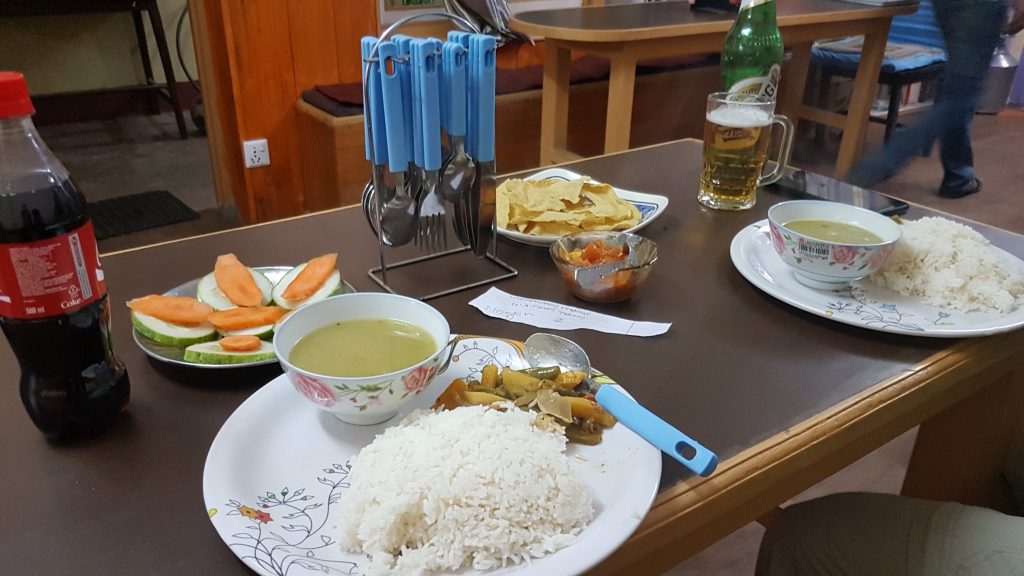 Our first Dal Bhat of the trip in Jiri! Dal Bhat is a rice plate with a selection of vegetables and/or potatoes and lintel soup. Always comes as all-you-can-eat.