New Zealand would not normally have been my choice for a vacation destination. At least not right now. I’m in my 30s and enjoy more cultural adventures, such as Southeast Asia. 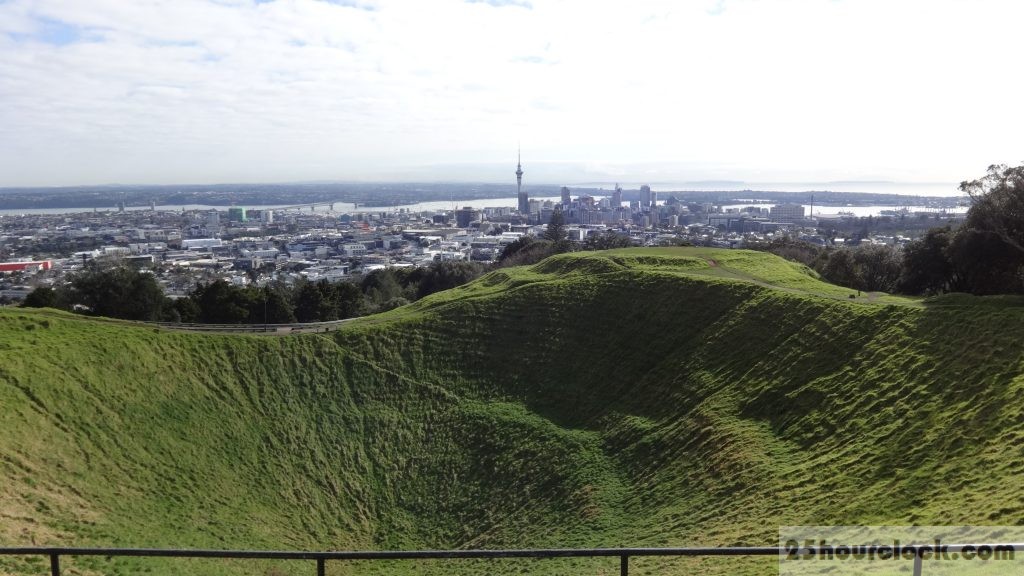 But when a blog that I followed (One Mile at a Time) announced that it had found a (likely mistake) $220 fare from Los Angeles to Auckland, New Zealand. I snap bought it. It’s a good thing I did, because it was late at night roughly 1am and when I woke up in the morning, the fare was gone.

In the previous year, I had started a little hobby of opening new credit cards in order to take advantage of their signup bonuses. My $220 fare I paid for with points from the Bank of America Travel Reward Card which was a $200 bonus just for opening and spending $1000 (20% cashback on spending I would have done anyway) and 2.25% per spend afterward (1.5% normally, I get 2.25% for having my retirement account there).

So, I had a flight from LAX to Auckland scheduled which I had paid nothing for. Of course, I didn’t live in Los Angeles, so I’d first have to figure out how to get from Las Vegas to Los Angeles as cheaply as possible. Using points from other cards was an option, but normally the shorter the flight, the less efficient it is to use points. A short flight on a popular route like LAS to LAX will be far cheaper than the points value.

I found a one-way flight on Southwest for $39 and a return flight on Delta for $79. Before I ordered the Delta flight, I applied for and received the Delta American Express card which gave me a $50 statement credit for purchases made with Delta as well as 50,000 Delta points in exchange for a $1000 spend. That was a no-brainer as I planned to make the loop through all the domestic carriers’ credit cards anyway. In the end, I have spent $58 to get to Auckland from Las Vegas. I’ll probably use those 50,000 Delta points for a return from Thailand next year.

Getting around New Zealand

The next step was finding a rental car. Although I would have loved to rent with Hertz or Avis in order to accumulate a few more airline points, they were just too expensive. After digging online, I found an Australian based rental car company (Ezi Car Rental) that offered a 10-year-old car for $150US for the 10 days I’d be in New Zealand. At $15/day. That’s a no-brainer for me, I’m not looking to impress anyone with my rental car. Unfortunately, I had no easy way to pay for this with points and I needed to put it on my Chase Sapphire Preferred card anyway for the better rental insurance. At least that card gives 2% cashback on travel purchases, I could always use a few more United points. 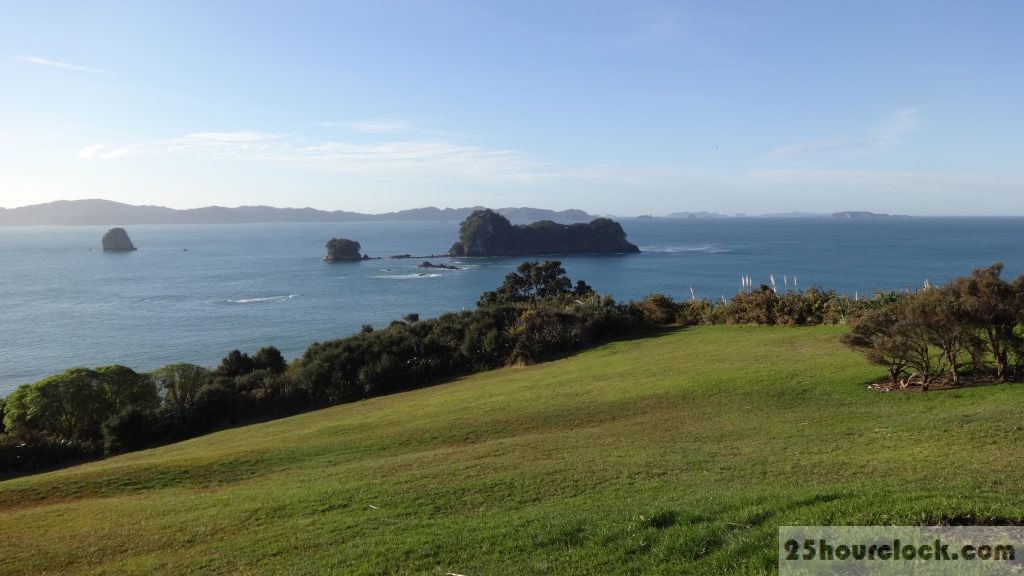 Scenery of the Coromandel Peninsula of New Zealand.

Now to figure out my lodging. I had amassed 165,000 Hilton points with the opening of two credit cards, the Citibank Hilton and the American Express Hilton (as with the Delta Amex, I received a $50 statement credit towards an earlier Hilton stay). With Hilton’s 5th night free when booking rewards stays, I could make a nice dent in my 10 nights. I also had roughly 2 nights worth with Choice Hotels thanks to the Choice Hotel credit card I opened very recently when I stayed at a Choice Hotel for the first time.

But thanks to my wonderful mother, I didn’t have to burn either. She had an unused Timeshare which she said I could use. The cost of transferring her timeshare to my name was $186 for 7 nights (she actually gave it to me as a birthday present, but for the sake of this article, we’ll assume I reimbursed her). Keep your ears open for friends and family members that own timeshares. Often some weeks will go unused that you can transfer for a minuscule amount compared to the price of room. 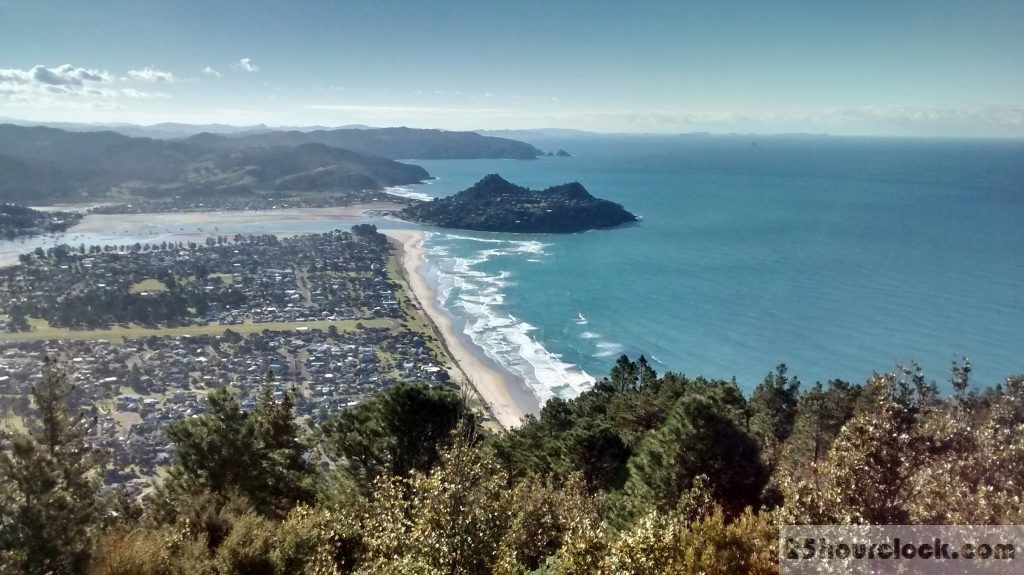 View of Pauanui in the Coromandel Peninsula of New Zealand.

To cover the rest of the nights, I’d spent my two Choice Hotel free nights in Auckland at the Quality Inn Parnell. This was a totally decent hotel within walking distance to a nice little bar and restaurant area. 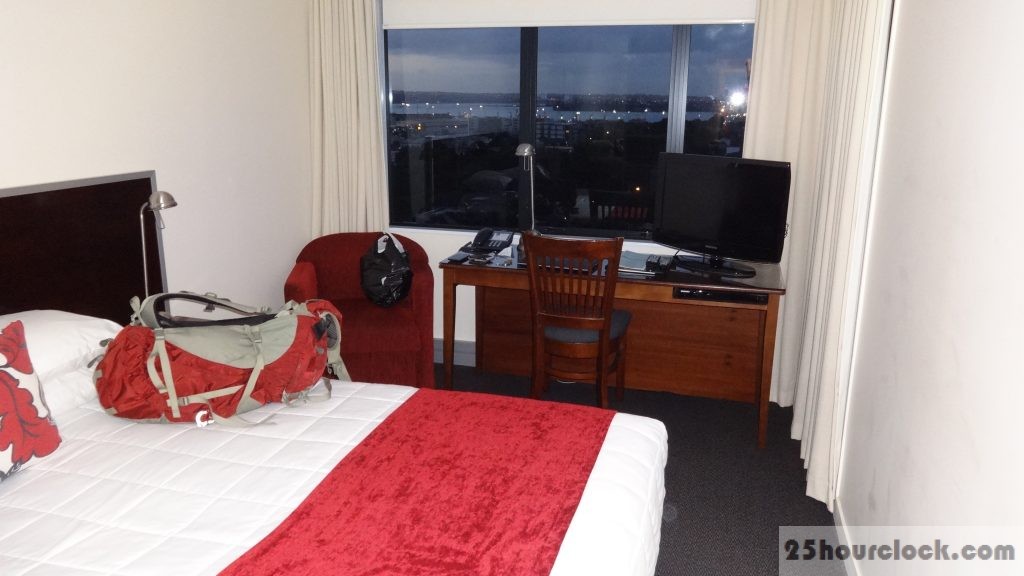 Basic but well stocked room at the Quality Inn Parnell. This room got pitch black at night!

For the last night, I took a drive down to Lake Taupo to stay at the Lake Taupo Hilton. This was by far my best night of the trip. The views were gorgeous and Lake Taupo itself was a beautiful place. 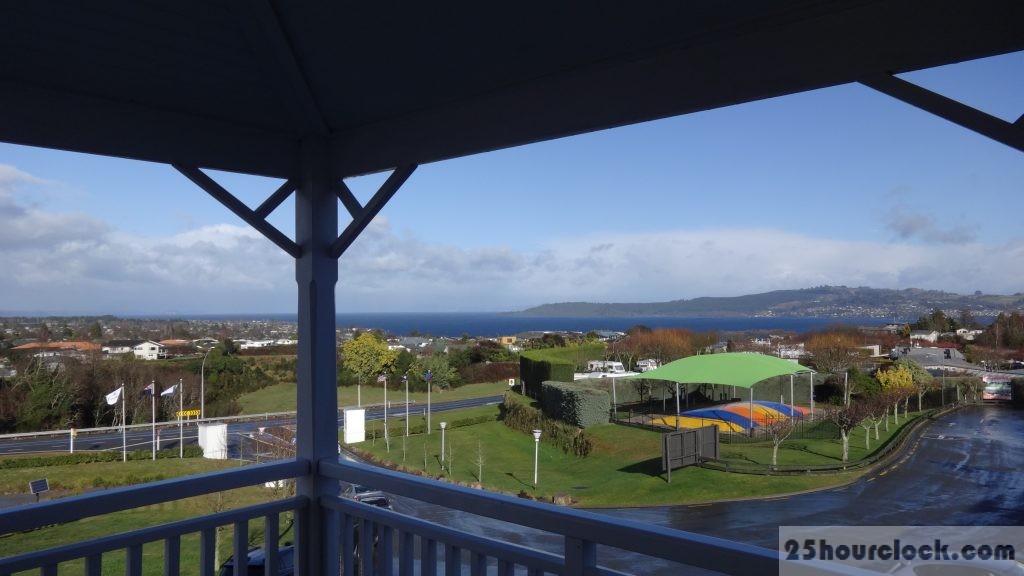 View from my Deluxe Room at the Hilton Lake Taupo 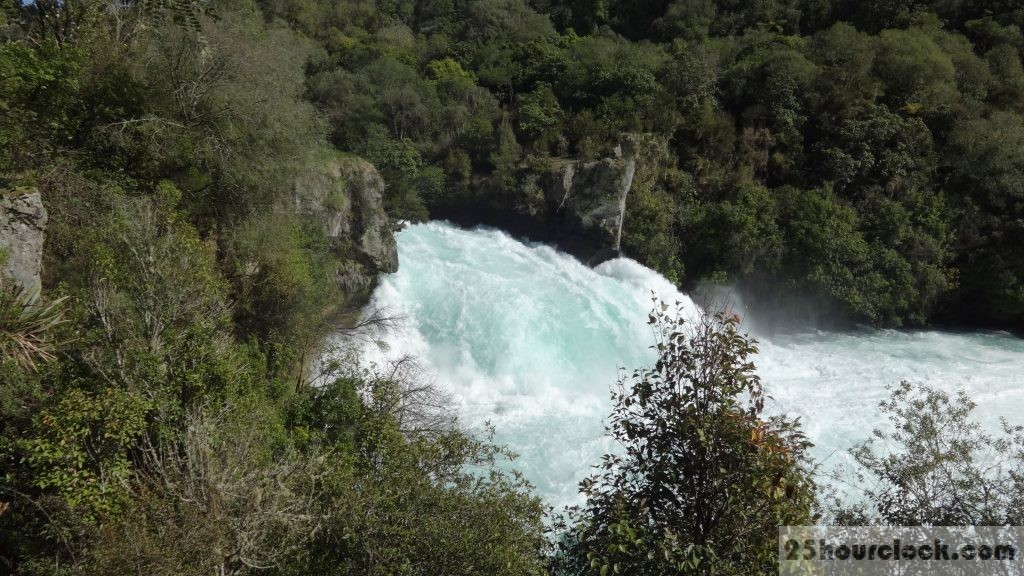 Huka Falls – a free must see in Lake Taupo

In keeping this cheap, I failed miserably. There is a problem with using points and getting free rooms at high-end hotels – the restaurants on site are always expensive no matter the country. In New Zealand, they seemed to be particularly expensive. They were tasty though! I had ostrich meat for the first time and a brilliant beef concoction at the Hilton. The total I spent on food for the 10 nights was about $600. 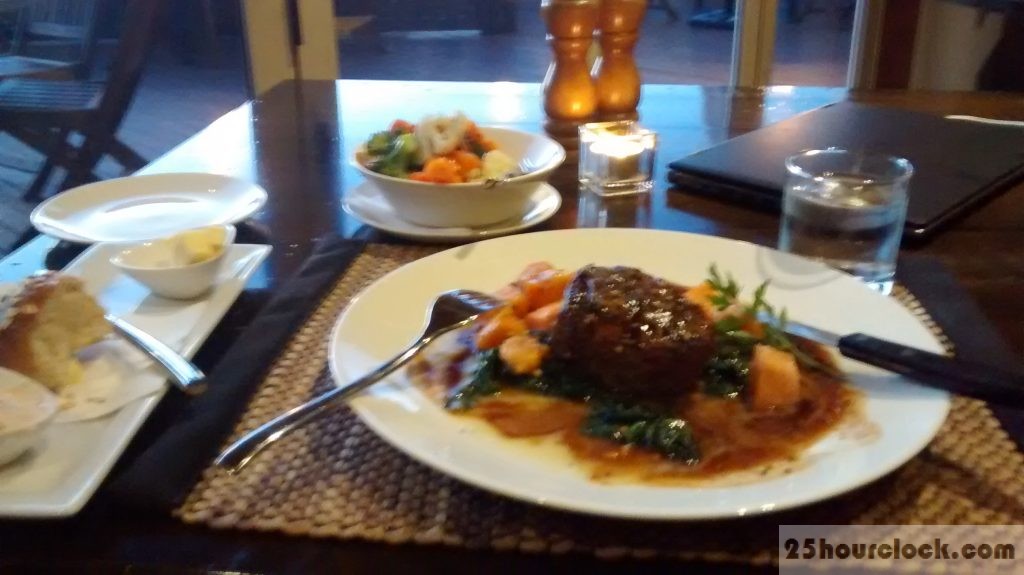 Dinner at my resort on the Coromandel. When the room is free, it’s hard to eat cheap!

For a grand total of about $1280. Well ok, it was hardly free…. maybe cheap would be the better word? At least I managed to get there for only $60! 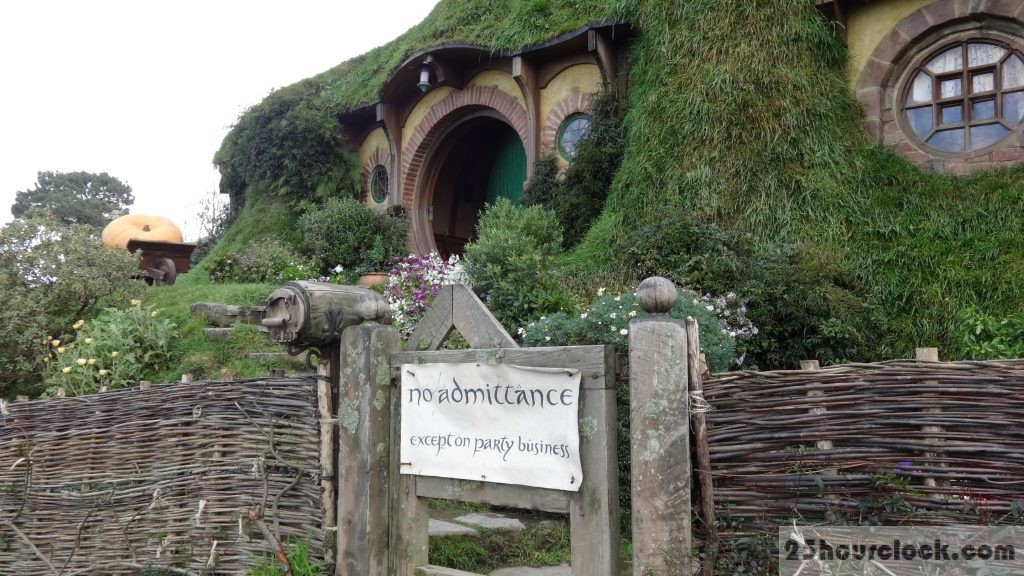 Every trip to New Zealand must stop by Hobbiton in Middle-Earth!