Out of Junbesi, the first possible sighting of Everest is possible. Try to roll up to the Everest View Lodge as early as possible before the clouds roll in. You can just see the tip and if no one was there to tell you it was there, you might miss it, but Everest it is.

Also, enjoy the last of the clean trails for a while as you’ll soon be sharing it with jackasses. 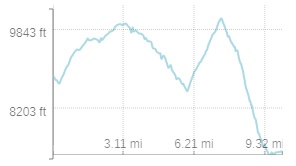 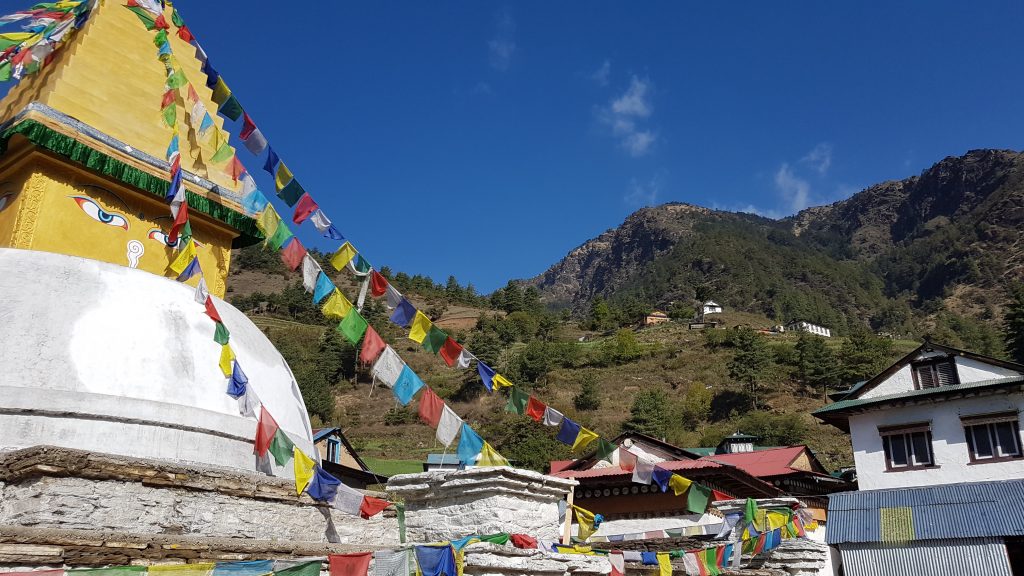 We were last out of the lodge in the morning, though the manager Premod didn’t seem to mind fixing breakfast at all different times. We should have gotten around faster though as our first stop for the day was the Everest View lodge where we were hoping for our first view of the highest mountain in the world.

By the time we got there, it had just been shrouded in a few clouds.

Though a basic and poor lodge, it sure fits the bill as a nice place to have lunch. With its wide patio and unobstructed view across the valley to the guts of the Himalayan range, we sat down and had some milk tea in a state of bliss. Were we really here? Trekking into the Himalayas? I was truly happy to have made a choice to do the trek. 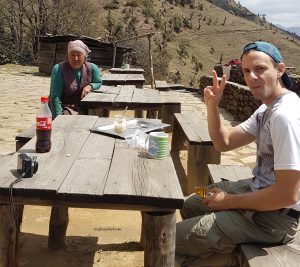 At the Everest View Hotel with the host and her not-shy grandson.

And a young boy was happy I was there. Or at least happy my S7 was there. He pretty much just took it and started fiddling with it, looking for games and pics, and taking pics of himself. Were I in America, I’d be very put off, but I let it go. At first, an older lady, I assume his grandmother, tried to make him stop but when she saw I was ok with it, she relaxed. She said he was a true Sherpa. Just don’t drop my phone of the big cliff kid, not sure your grandma could buy me another. 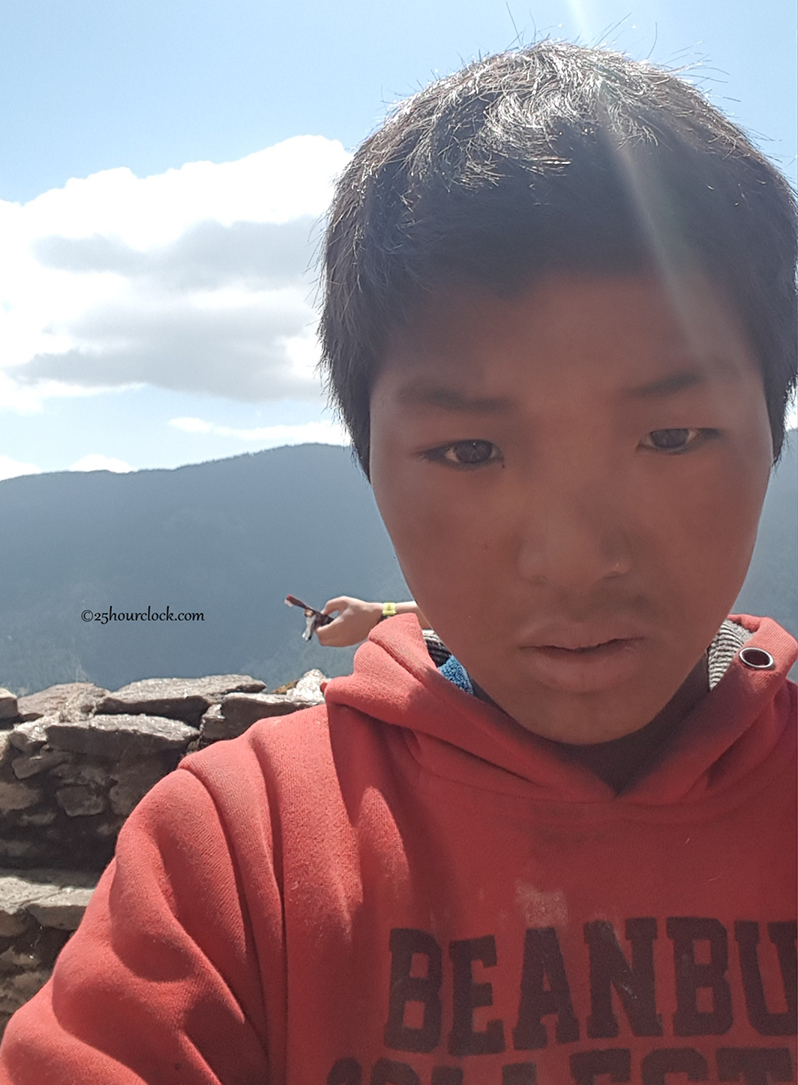 Sherpa kid who stole my phone. 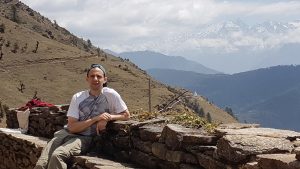 Lunch at the Everest View Hotel. Clouds were obscuring the view.

Taksundu La – Was it a pass? I may not have noticed if someone hadn’t told me.

Moving on, we picked up the pace and crossed our third pass. It was not as grand as the last two, in fact, if I had not been told it was a pass, I’d thought we’d merely crossed through a small group of lodges. We’d just passed the intersection at Ringmu where travelers from Salleri join the trail and it became much busier. We met an elderly climber and his guide and porter heading for Mera Peak. I hope I’m still doing it at his age. I do mean elderly… 75 was the low guess.

Coming the opposite direction were some fit Europeans making a beeline for Salleri who chose it for budget reasons. They’d already done the Three Passes and EBC and had some stories. They said they couldn’t believe all the zombies from Lukla. It was the “Zombie Train from Lukla.” The picture they painted me was of trains of tourists with their hands on the shoulders of the guides and followed by teams of porters carrying their wheeled suitcases. I’ll believe it when I see it.

I don’t know about zombie trains, but we certainly stepped into Mule Trains. And when I say “stepped,” I’m not kidding. The trail became carpeted with mule shit and mud due to the recent rains. I spent the latter half of the day minding every step and breathing in mule shit fumes.

We arrived in Nunthala with plenty of daylight left and decided to stop at the Shangri-La lodge which had a large dining hall and a long separate row of rooms down a grassy yard. Since the room on the end was available, we were sold.

In the dining hall, we ran into a large group of trekkers doing a guided tour from Salleri to Everest Base Camp. They had guides and porters to boot and looked exhausted.

We also met a 40-year-old Kiwi lady who didn’t seem all that impressed with EBC. “Helicopters buzzing in my ears, what a fucking circus.”

We sat on the porch and watched the trains of mules passing by knowing we’d be dealing with that all day tomorrow. In walking the yard and around the lodge, I also noticed every single pool of water was filled with tadpoles, even the hoof prints on the road. What comes after tadpoles? Frogs. I wondered how noisy the night would be. 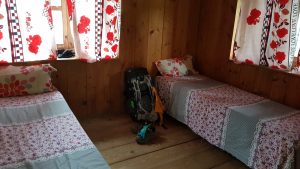 Our room at Nunthala 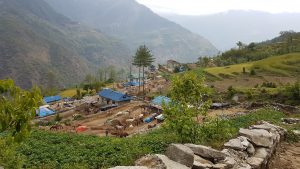 The outskirts of Nunthala – a ranching community 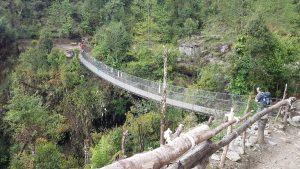